“I am a warrior”, they all said in unison. 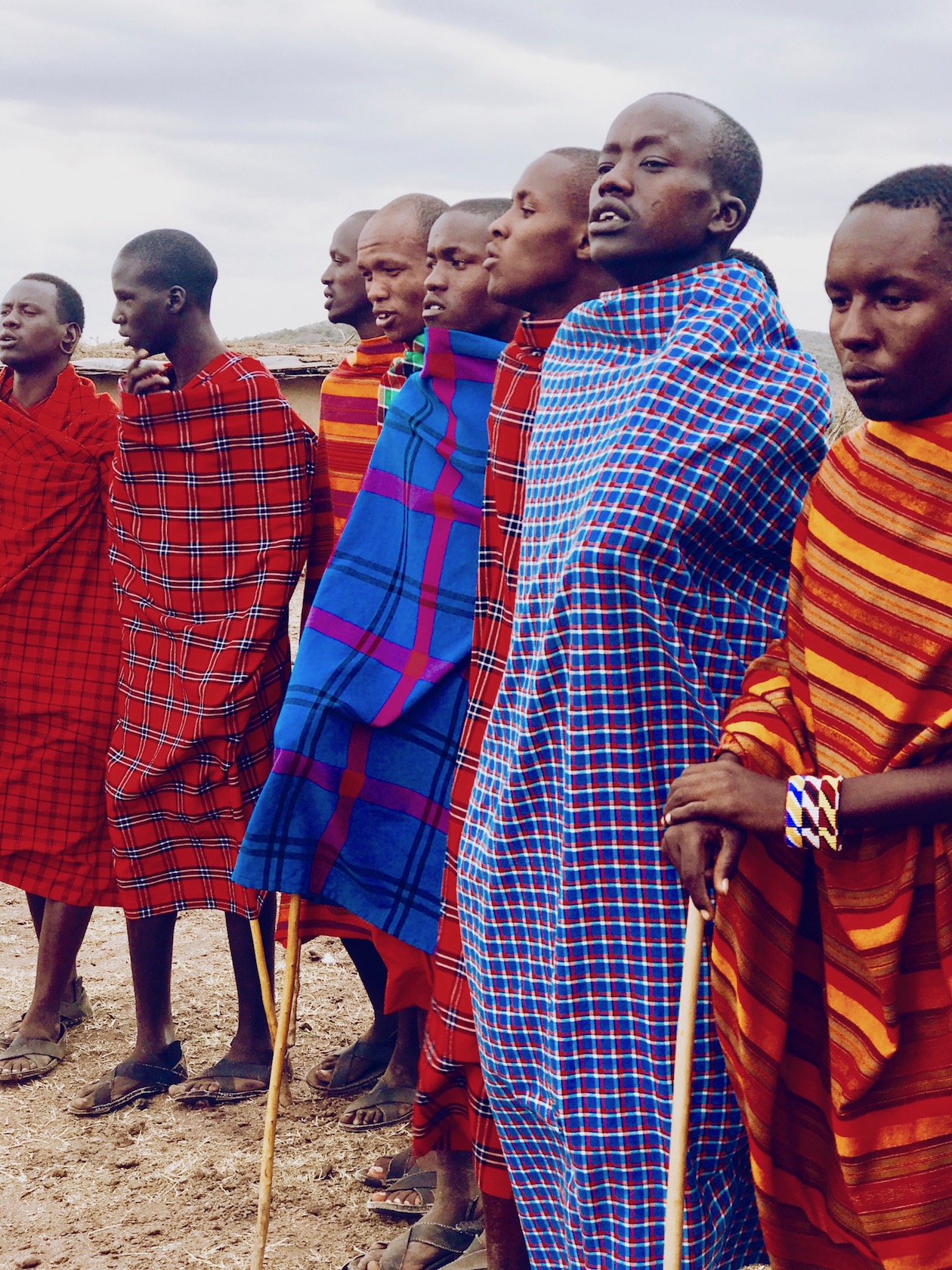 These men were telling us stories about them going into the wild to hunt. That in order for them to be called a “real man” one should be able to hunt a lion in the jungle and present the lion’s head to the whole village.

Standing proud and dignified, I believed them. I saw how their eyes glistened. I am convinced.

Wrapped in a bright and colorful cloth, these gents greeted us with a big smile plastered on their faces. Few minutes later, the men gathered at the center of the village, formed in a curved line and started humming while stomping on their feet.

I could not believe that they can dance! Warriors turned into such amazing dancers!

Together, they have produced a strong rhythm, a magical tempo with a harmony blending with movements of a warrior. They however took a step forward, taking a single step, another step, closer to us. Their voices grew louder, their feet were in sync. They sure know what they are doing. 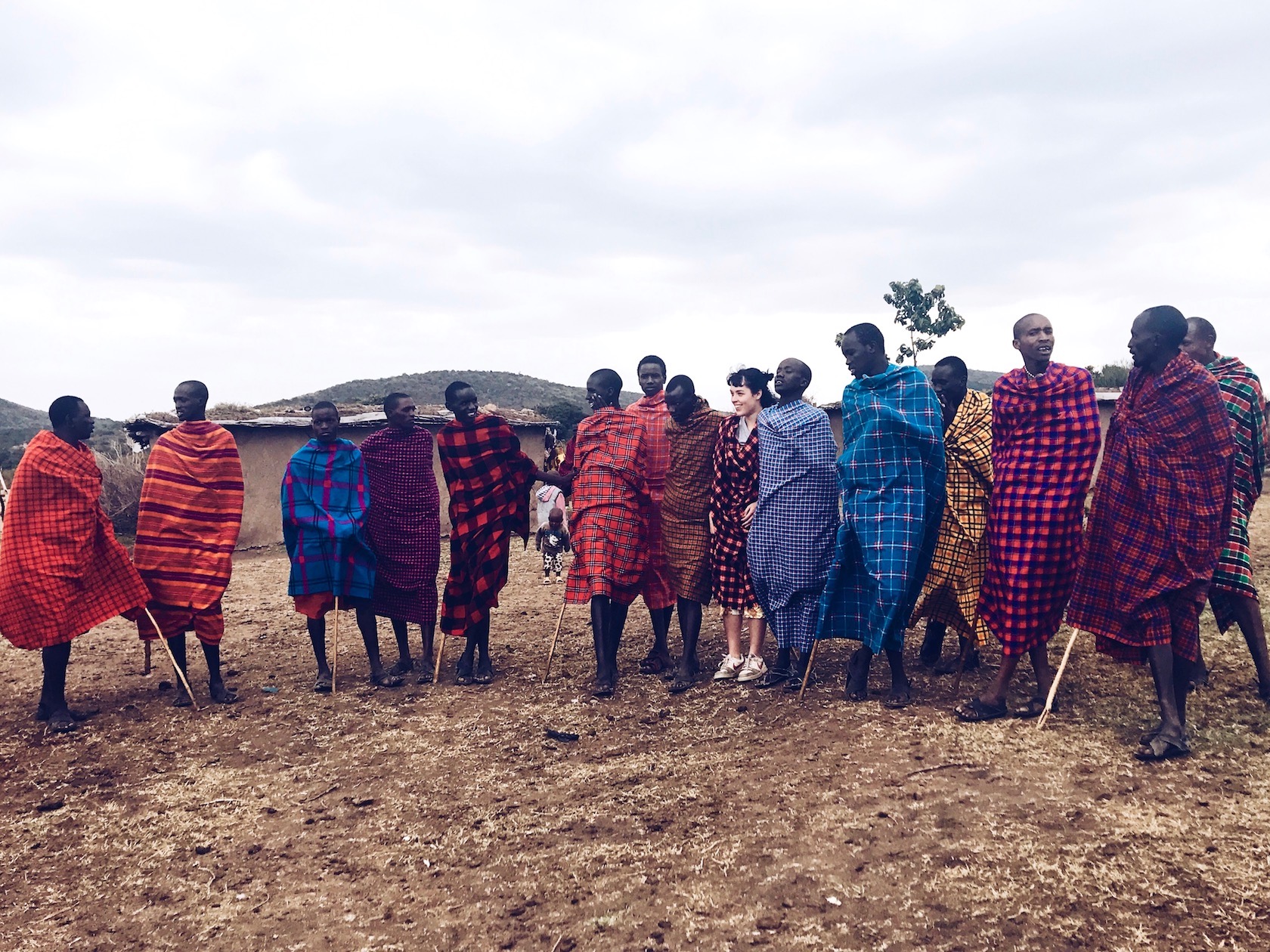 That ceremony was amazing. But it didn’t end there. One guy sang his heart out and the next thing he did was jumped. And the other followed. Higher than the other. They invited us to do the jumping dance as well. We took turns. Jumped as high as we could. Trying to show off but could hardly please these warriors. They bend and then they soared as high as they could. The Masai women were seen at a distance, enjoying the sight!

After we have witnessed their cultural dance, they have shown us their homes. They explained to us how it was built. They said the women were responsible for building their homes and men were tasked to do the heavy works such as putting up the fence, gathering the clay or mud and stacks of hay for the roof. 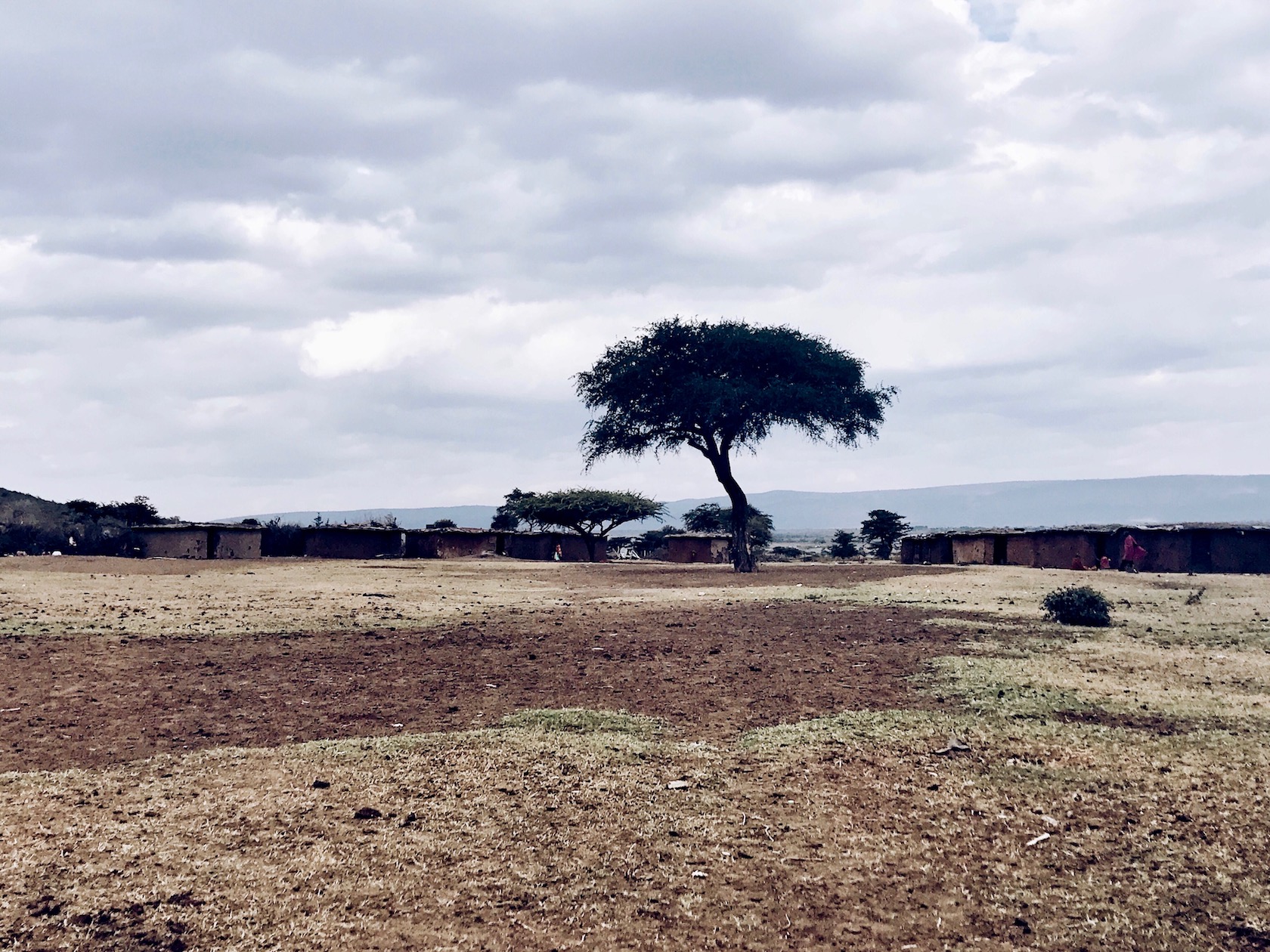 Then we moved to the other side of the village where they have prepared to show us the nomadic way of making a fire from wood. It took them some time to produce a fire but they did it anyway.

From showing us their herd, to having a chill time with the kids, our visit at the village was one for the books. I could not imagine how they keep their traditions in tact. They were so content in that small village, still wearing that cotton cloth day by day. I wondered whether they had any thoughts of leaving their village and see what is out there the moment they step outside the Masai? Aren’t they curious seeing visitors everyday coming from different parts of the world?

We actually asked the chief’s son. And he answered, “in our village, we feel safe and we are protected”. 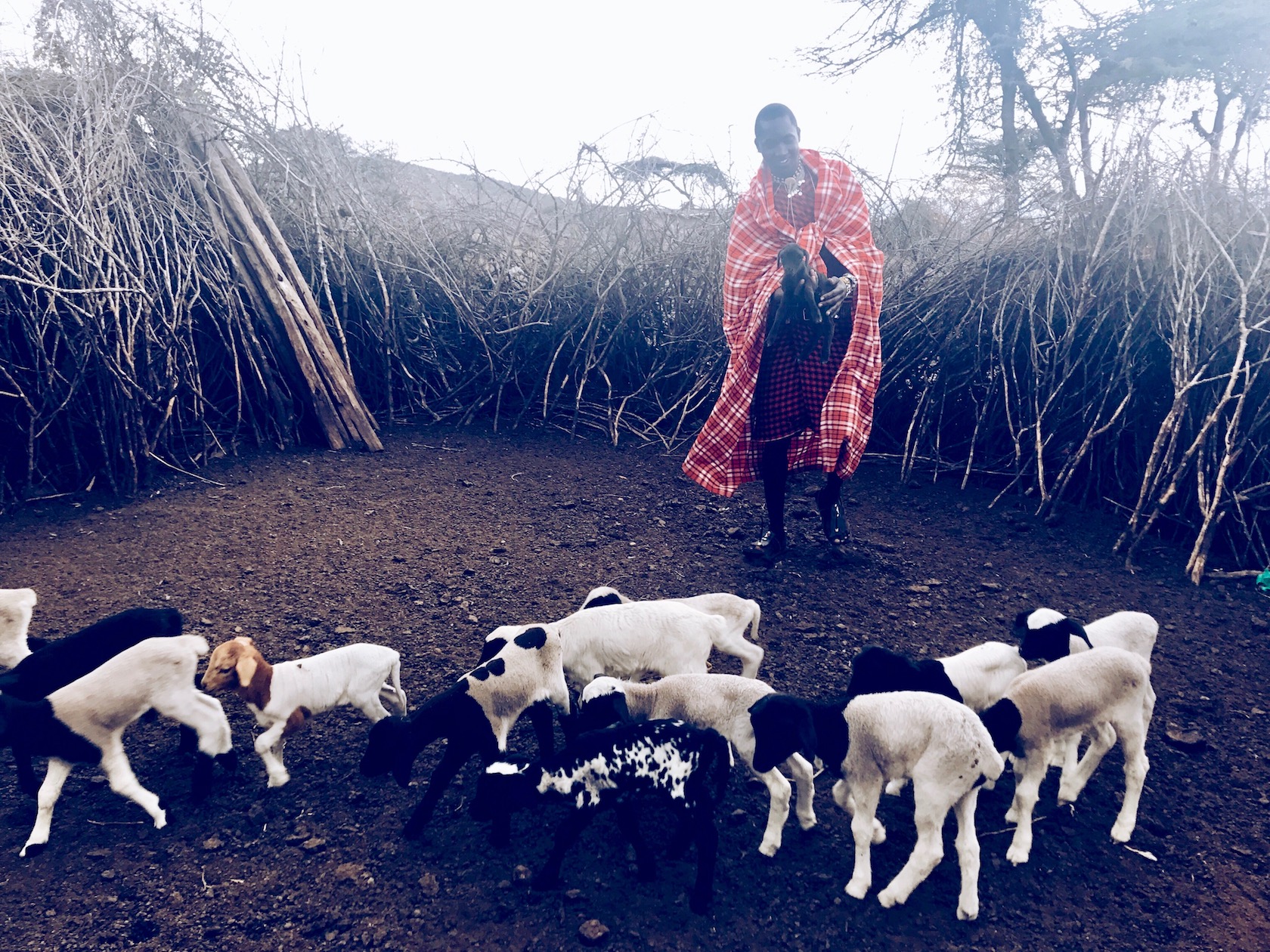 We went back to our camp while those words kept playing on my head. And said to myself, dangers are everywhere. It is inevitable. There’s no such thing as safe haven. I only believe that the safe place is when we are in the presence of God. That’s where I am feeling the safest.

I like the Maasai people. I admire their bravery. I adore their humility. But can’t they try to go out and see the vastness of the world? One day at a time? 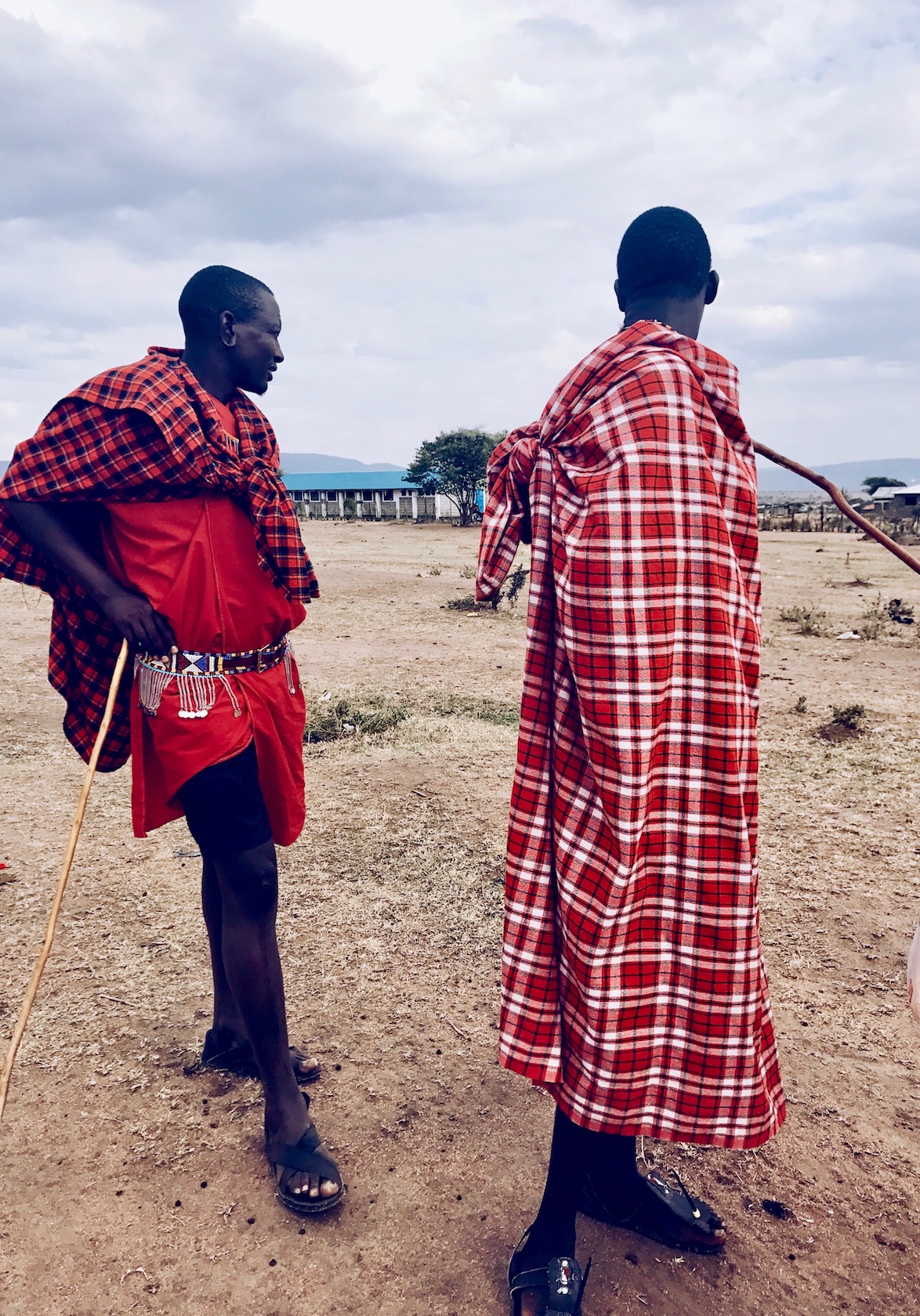 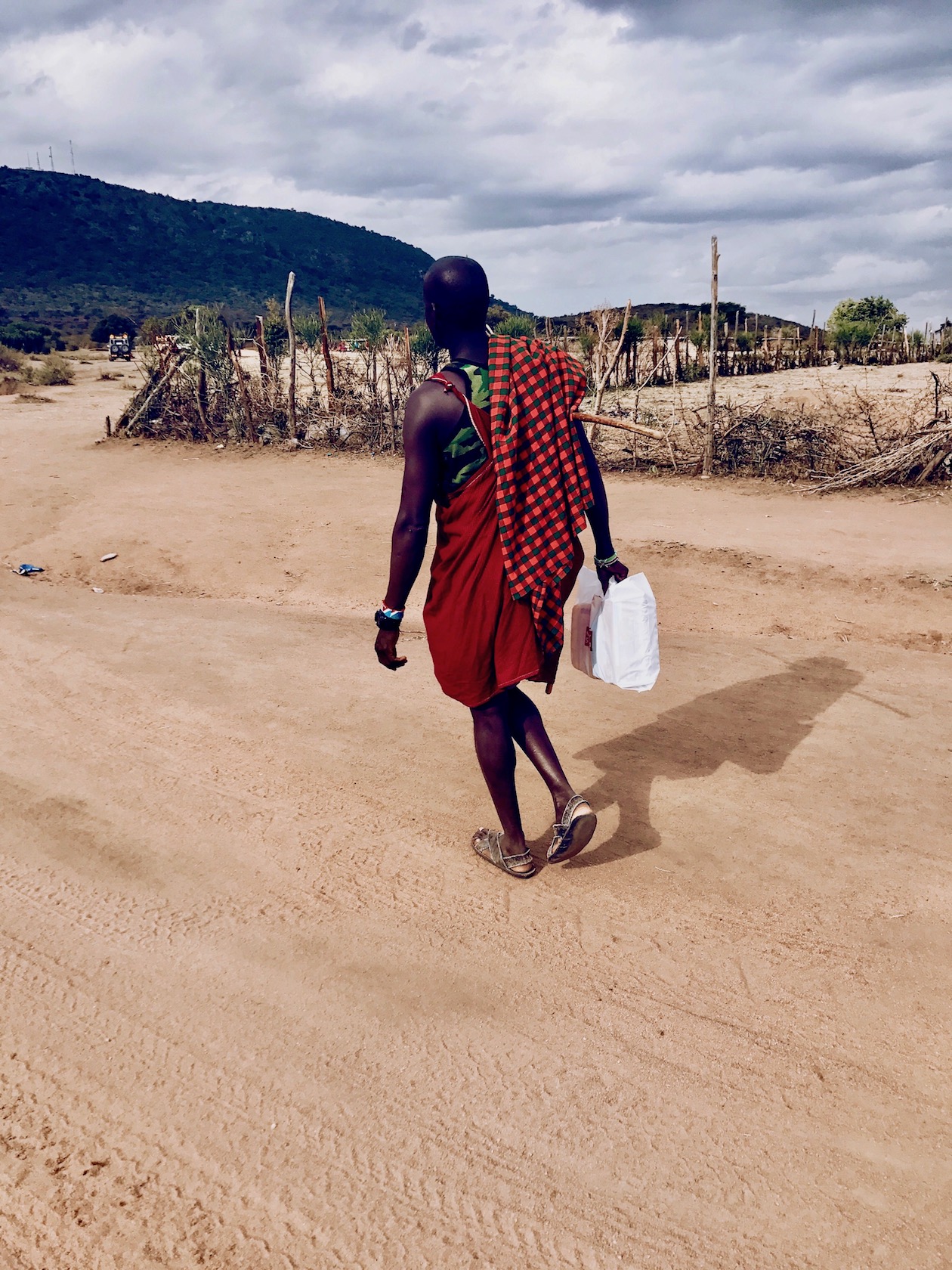 What about you? Enlighten me with your thoughts! 🙂

UAE Expat: Al Ain is a gem. Why are you not visiting?

Masai Mara, Kenya: You were candid and splendid! (Part 1)

Kenya: We have not seen the flamingos in Lake Nakuru but...

Bella 0
It was a good thing we did not skip Lake Nakuru. Although the main reason why we have squeezed it in our itinerary was...