September 28, 2016. We left Siem Reap at 12:30 in the afternoon. We booked at Giant Ibis bus for 18USD per pax inclusive of a free snacks on board and a free wifi.  It just dawned on me that we haven’t had anything planned for our trip in the capital. I was so consumed at the Angkor Temples and I wasn’t able to search online for any points of interests at Phnom Penh. When we reached the hotel (we arrived at around 7pm), we did ask Kasim, the receptionist for suggestions which he offered us to take us on his private car for 25USD to the four major attractions. I didn’t care to negotiate at all. I was starving and all I had in mind was to leave our things in our room and head on to search for a good food.

Little did I know, this trip would make a big impact in my life in understanding about pain in the past. How my heart grieved for Khmer people who have fought so hard to live. I guess it’s the audio guide at the Killing Fields that was made me more sentimental. And to add more fuel to the fire, my heart was in great distress when we went to Toul Sleng Prison Museum and learned more about prisoners’ plight during the Khmer Rouge revolution. This is what I appreciate when you travel. You will not only get to head on to a very wonderful adventure. You would also get to know more about the country. You get to know about their past and care to understand them more at the present. Get to know the people, their battles, their hardships and most of all their dreams.

1. We first visited the Royal Palace. This has served as the royal residence of the king during 1860s but is now turned into a museum. It is composed of many buildings. Dress code inside the palace is strictly imposed. No shorts and miniskirts. Shoulders must be covered. Admission fee is 6.50 USD. Cambodia accepts USD currency, so don’t fret when you haven’t exchanged your money to their local currency. Keep it in USD and you are still fine. 🙂 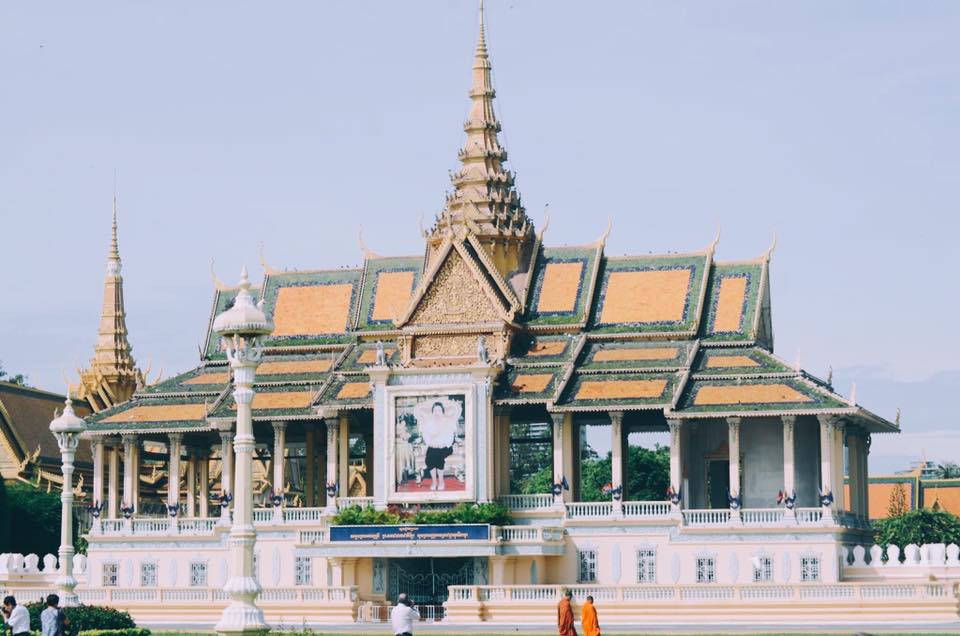 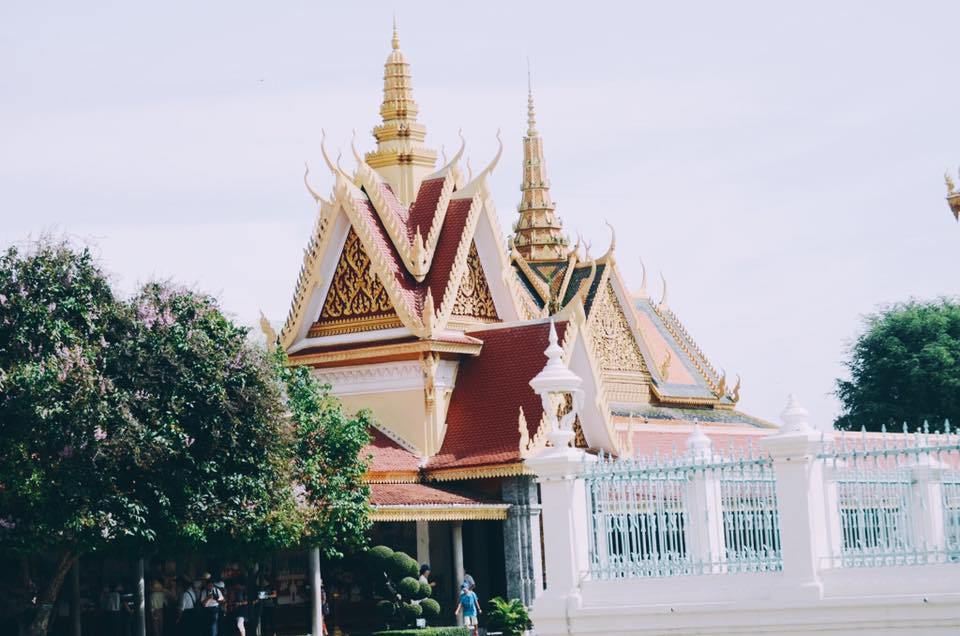 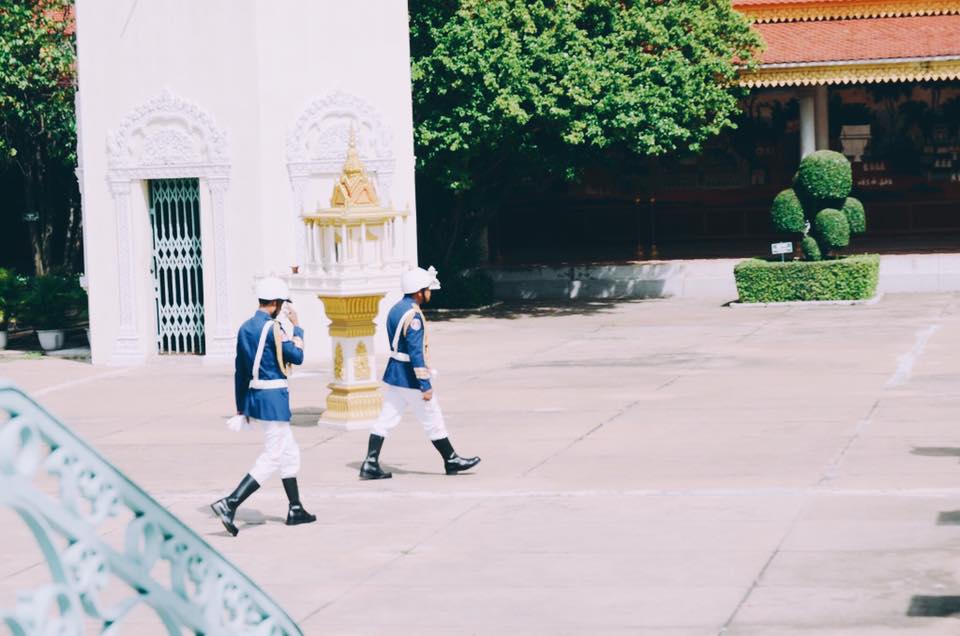 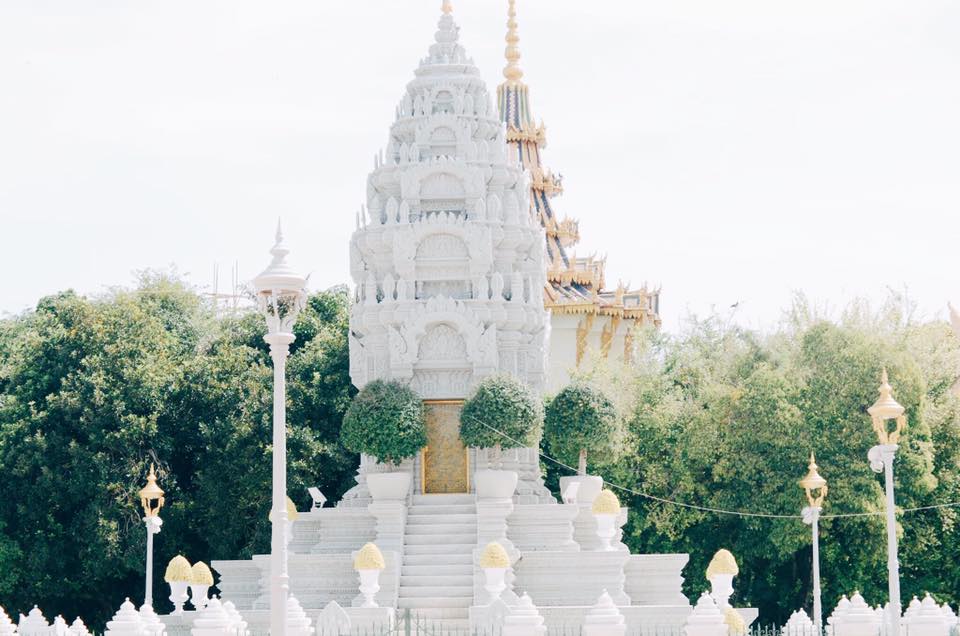 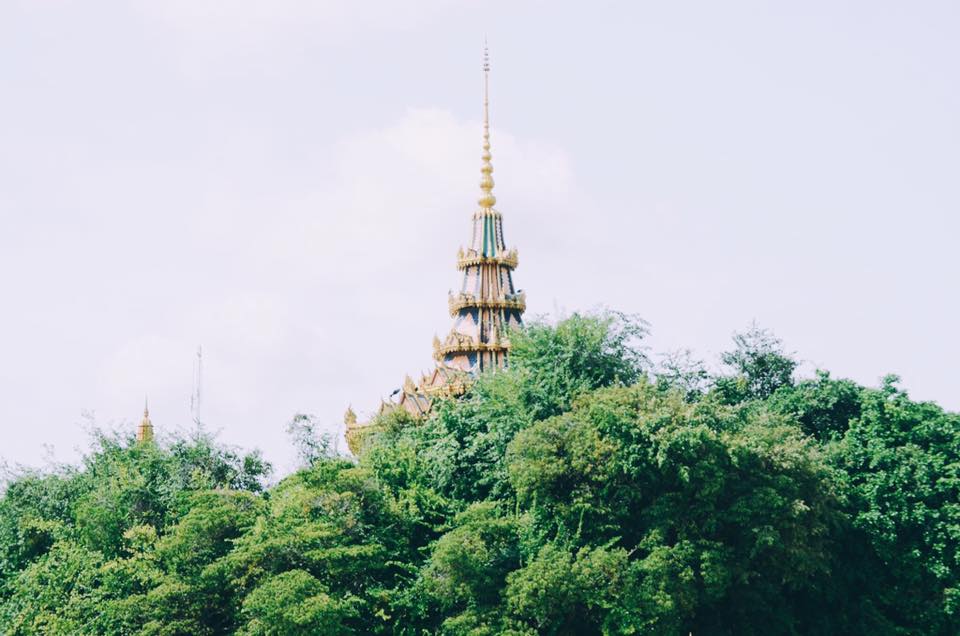 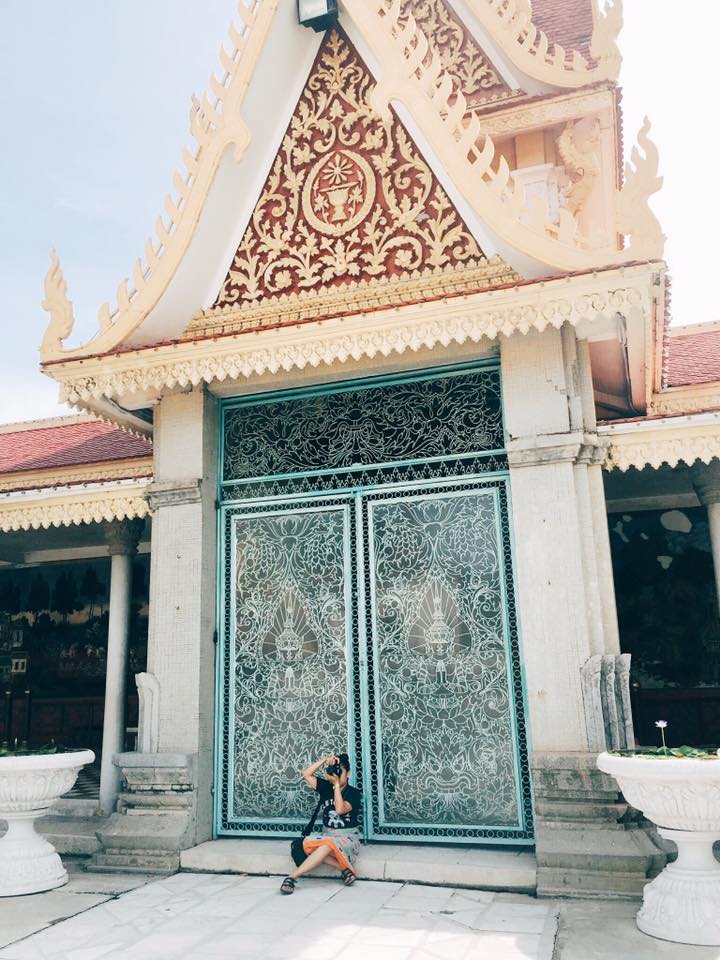 2. The Killing Fields of Cheoung Ek. The drive to the Killing Fields is 45-60 minutes from The Royal Palace (depending on the traffic). When we got there, the lady from the information asked us if we need an audio guide. Since the group of people ahead of us chose for an audio tour, we also thought maybe it’s better for us to get that too! The admission fee is 6 USD for an audio guide, it consists of 15 available languages and that includes English. When we started the tour, my heart has started to get heavy. It took me sometime to digest everything. I really don’t seem to understand how human can be so cruel. I cried for the families and most of all to the innocent children whose lives were taken. That event was horrible. Inhumane. According to the audio voice who narrated everything that had happened on 1975, the communist known as Khmer Rouge, executed those who were suspected with ties of the former government. The old, young, mothers, children were no exception. Their reason why they included children was “for them not to get revenge when they grow up” especially those whose parents were brutally killed . It was painful. My heart ached. That was barbaric. 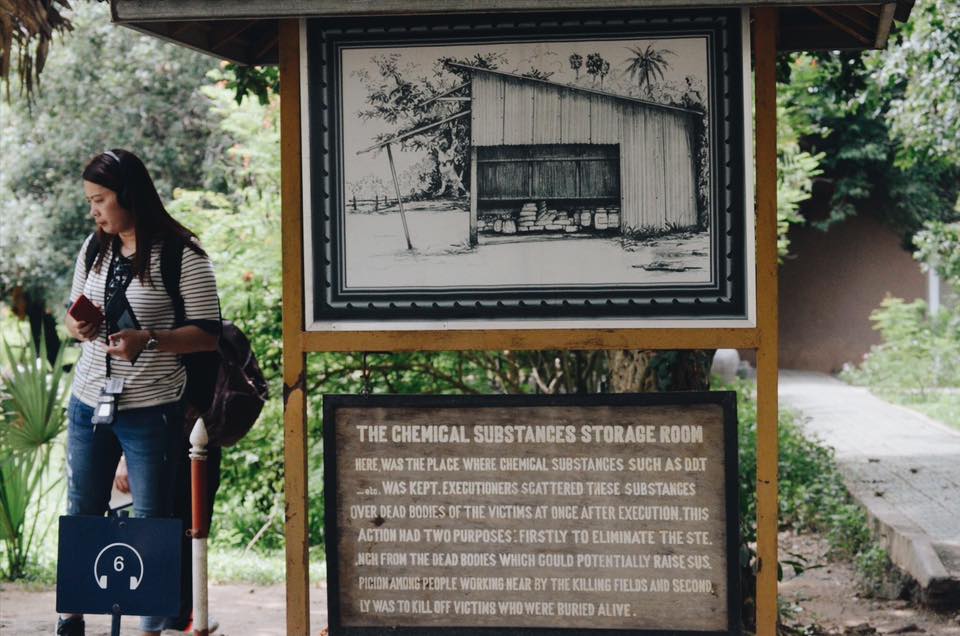 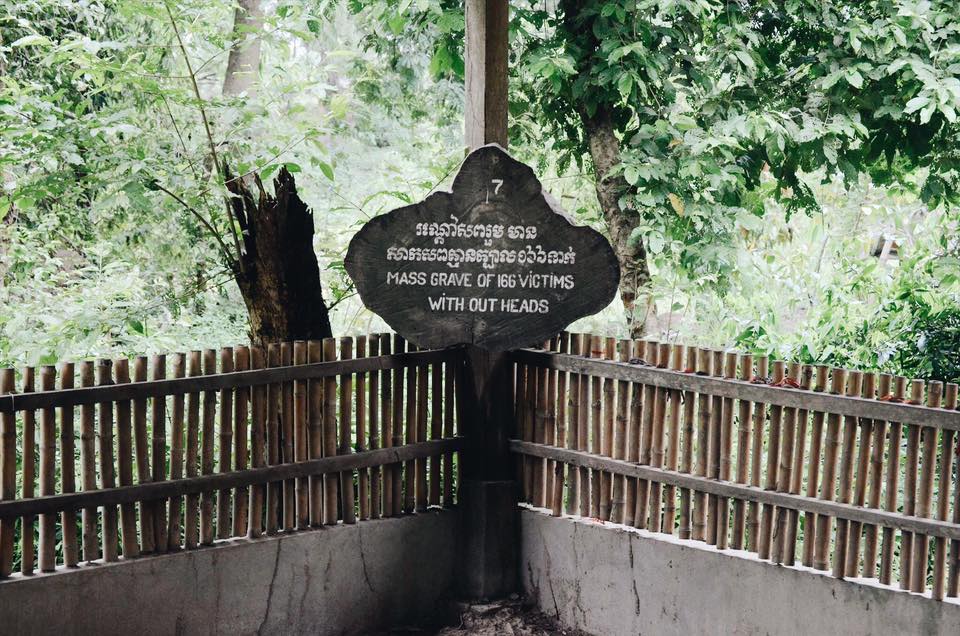 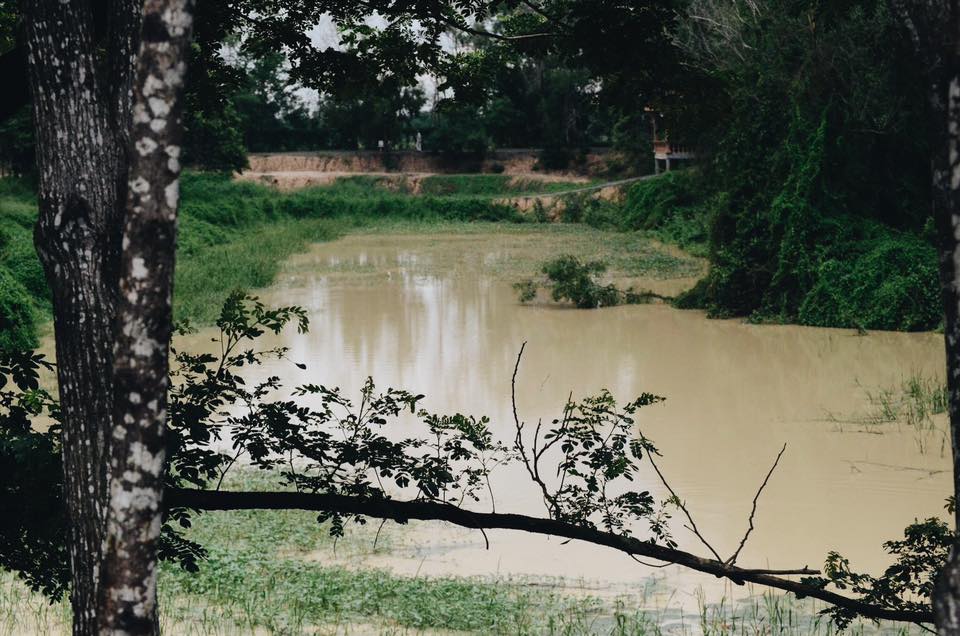 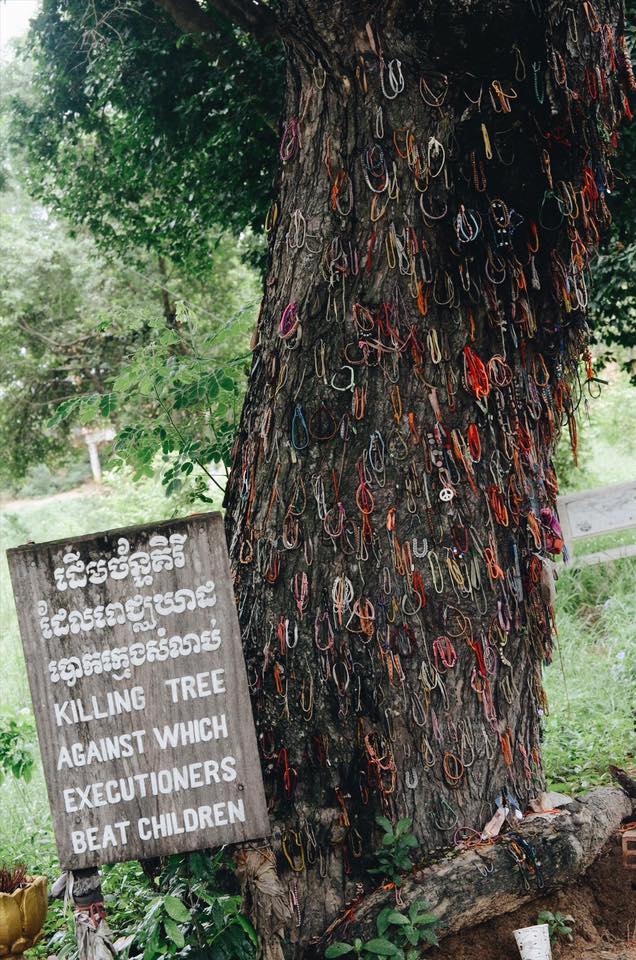 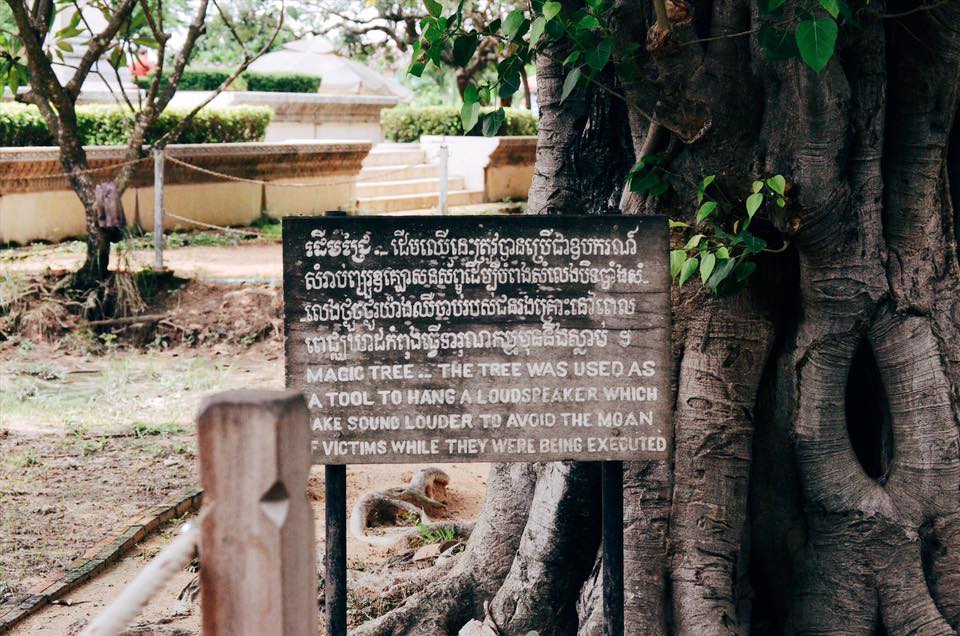 3. Toul Sleng Prison Museum know as S21. This site was a former high school institution turned into a prison cells during the Khmer Rouge regime. Many were executed here. Some were tortured before they were sent to the “Killing Fields”, we also opt for an audio guide to understand more about the termination and execution. Admission Fee is 5USD with an audio guide. 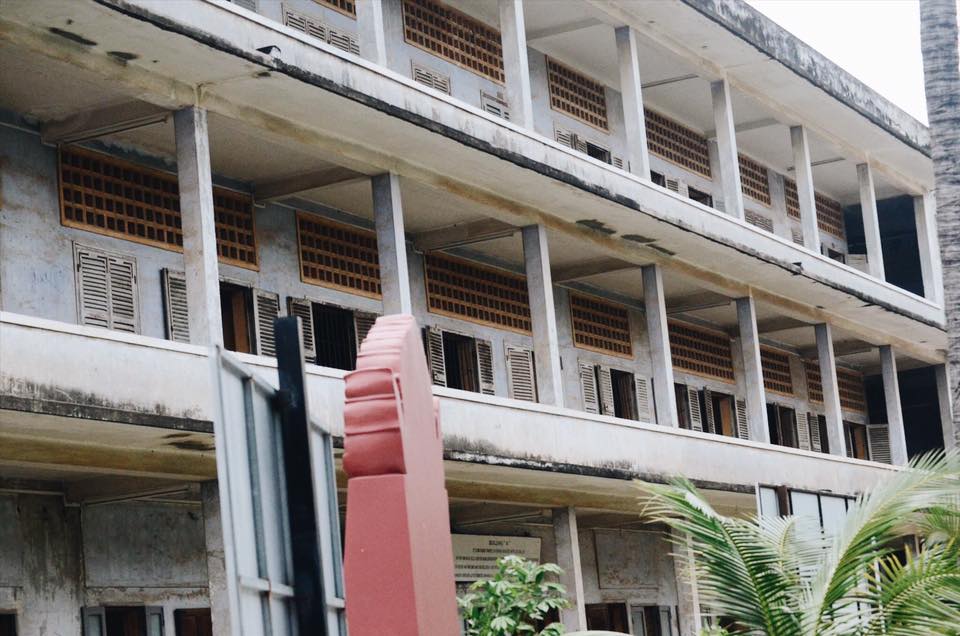 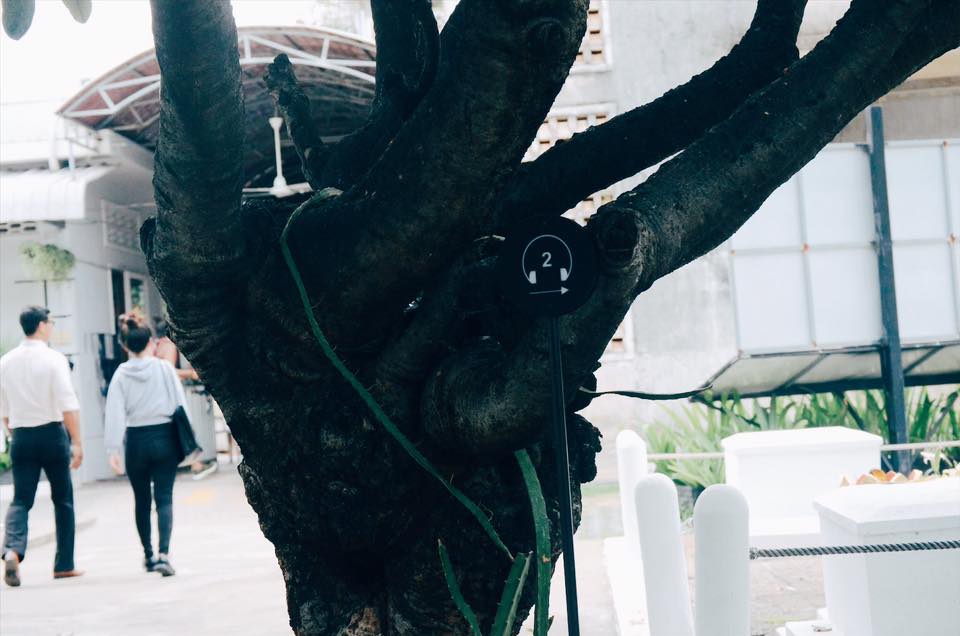 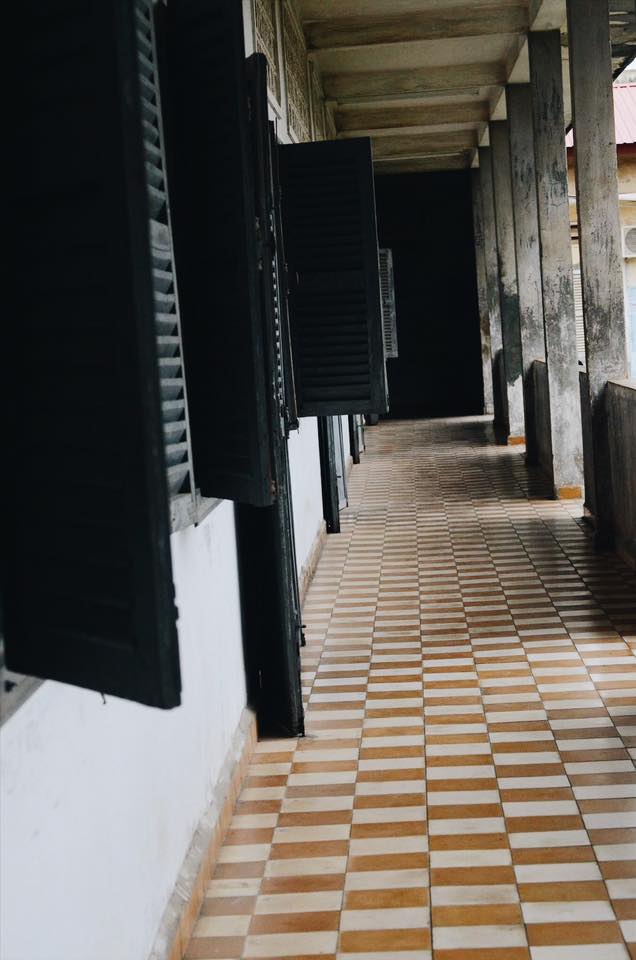 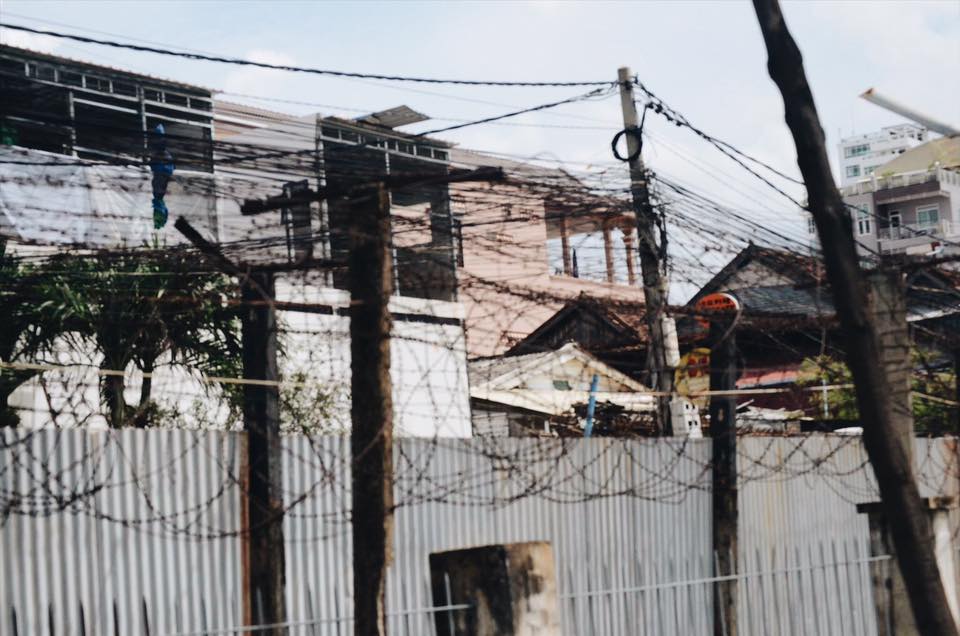 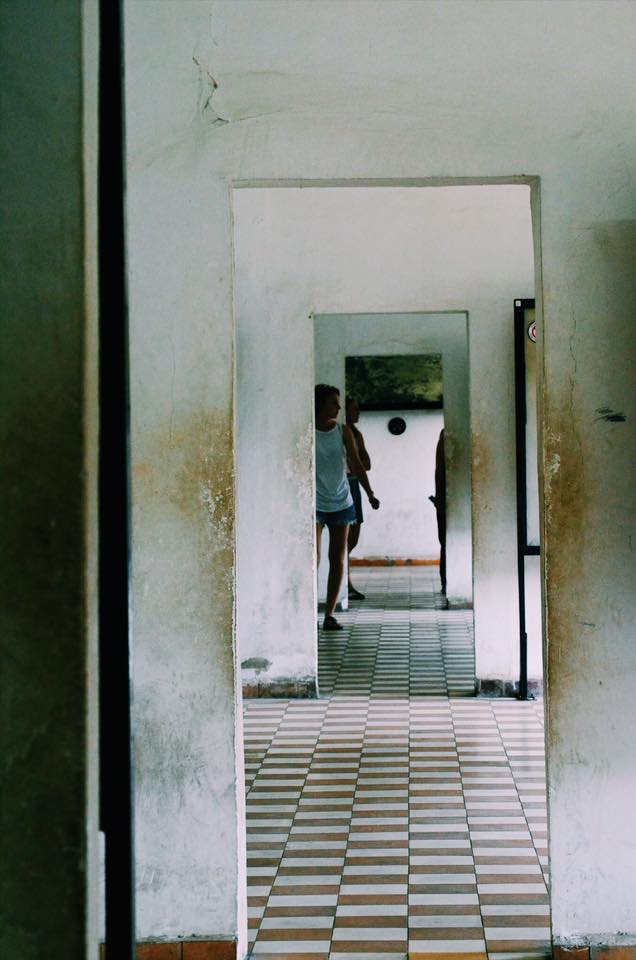 4.) National Museum of Cambodia.  I never liked history when I was young. But now, I always find time to go and wander inside the museums. I really like to know how the people hundreds of years ago lived and evolved. I like every pieces of artifacts inside, their beliefs of their gods, and knowing more about the people. 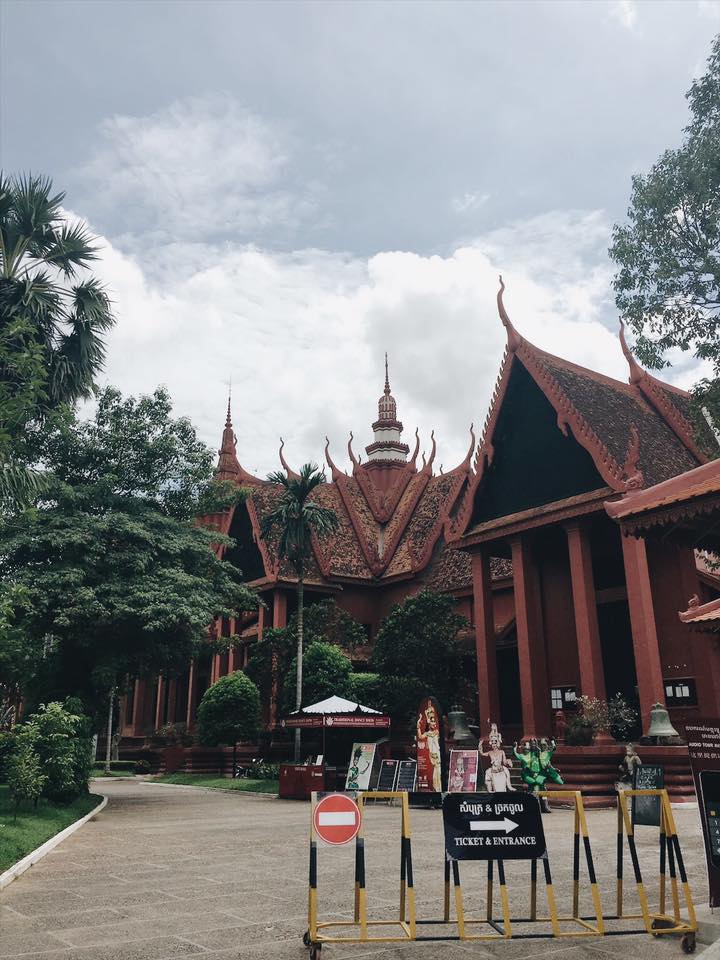 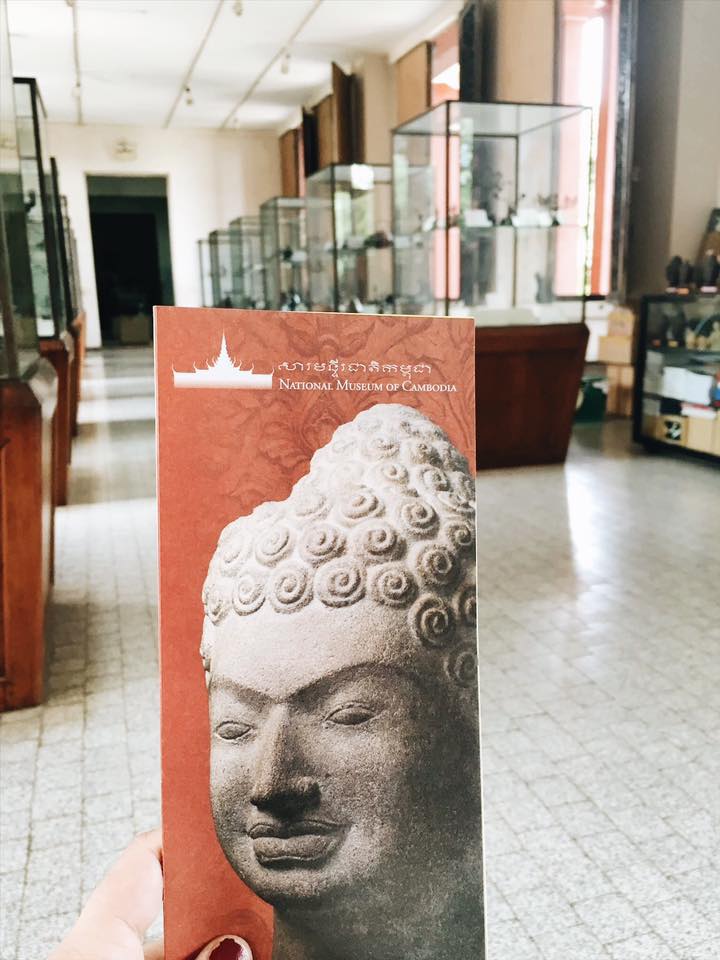 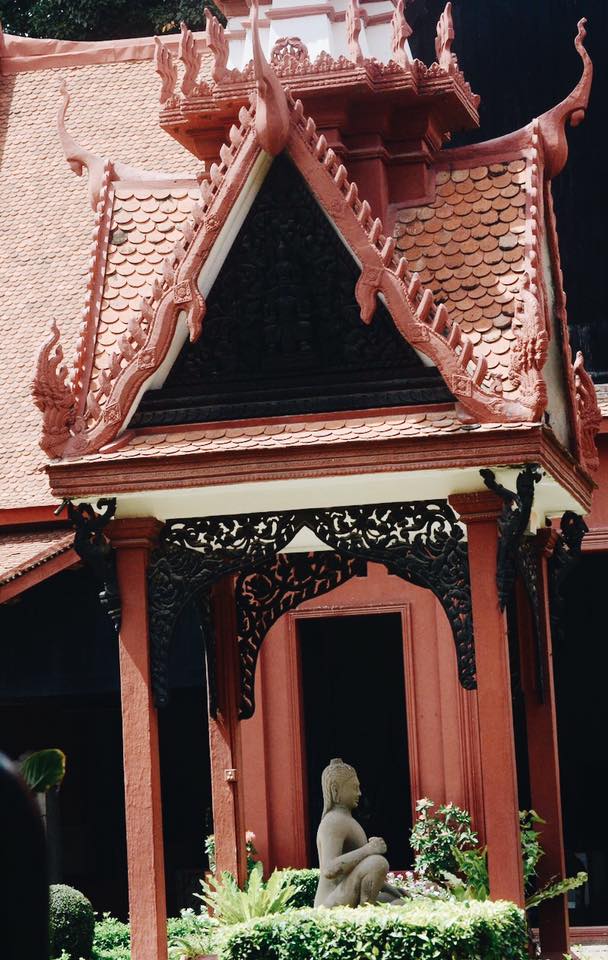 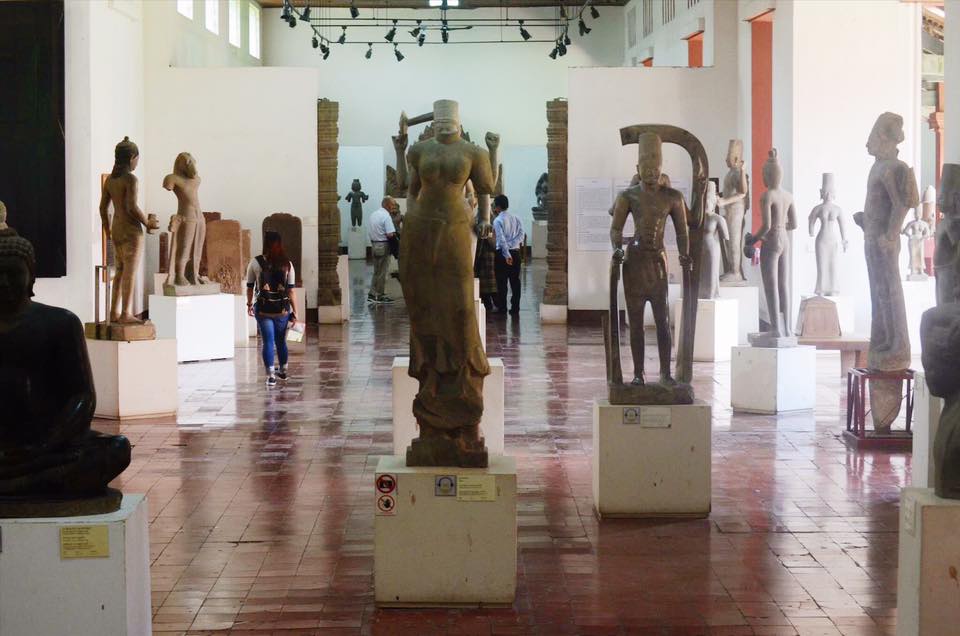 Before we left for Vietnam, we were able to pray for Cambodia. We prayed for the victims of the Khmer Rouge. We prayed for the present government, the authorities and the leaders. Sometimes, one nation needs someone to back them up in prayer. They may have different gods, we may differ from what we believe in, what’s important is you’re able to speak blessings to them. That one day, they will move on no matter how heartbreaking the past was. That one day, there will be forgiveness and most of all there would be healing. One day at a time!

Au Kun Cambodia! I’ve learned so much from you! 🙂

Bella 0
Agreements were locked and sealed. Take note, bargaining plays an important role for travelers in Cambodia as locals tend to "overprice" everything. After those seem...